When window replacements come about as the result of a broken window, you want to know who should pay for it. Since there are multiple ways a window could be broken, homeowners have to look at how the window was broken. Initially, you will have to pay for the window replacement, but you may be able to get reimbursed if any of the following apply.

You Are a Victim of Crime

From bullets to burglary, victims of crime can expect a damaged window or two. It is very unfortunate, since it does not instill a sense of safety and security while you are in your own home. However, as a victim of a crime, you can file a police report, and then file for compensation under the victims' unit. Many cities have special crime units that make sure victims are repaid or compensated for stolen or damaged property. This will occur after the suspects have been arrested, charged, convicted, and sentenced for their crimes.

The Neighbor Kid Threw a Rock or Ball Through Your Window

In this case, the parents of the kid that threw something through your window need to pay for the damages. Yes, it is an accident, but it is still something that is their responsibility. If they are unwilling to comply, it becomes a civil suit.

A Tornado, Hurricane, or Fallen Tree Is Responsible

As much fun as it might be to take Mother Nature to court, it just cannot be done. Luckily for most homeowners, their home insurance pays for these situations. If you have already met your deductible for the year, your insurance company would consider one of these "acts of God" valid under your policy and pay for the damaged window(s).

Again, this falls within the jurisdiction of "their fault, they pay." The only exceptions are when you are one of the two physically fighting, or you actually invited the two brawlers onto your property. In the former, it is your home and your fault. In the latter, you could sue for compensation, but you know the brawlers and you invited them there. The result might be the same; you pay for the window yourself.

In the event that you do not know either of the two people in a physical altercation, and one of them breaks your window before the police arrive, he/she pays for it. It would border on a vandalism charge. This is especially true if the brawlers were drunk and disorderly, or were attempting to create trouble in the first place. 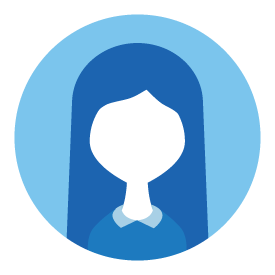 Ever since I learned to read, I’ve been devouring books at lightning speed. Regardless of the weather outside or the noise level inside, I can always relax while reading an interesting book. I enjoy works of all genres, but romance is my favorite. For years, I’ve been dreaming about building a reading nook onto my home. In a few months, this dream will turn into a reality when I install a large bay window in my master bedroom. Below this beautiful window, I plan to install a comfortable bench large enough to fit my tall frame. On this blog, you will learn how to create the perfect reading nook in your home by installing a bay window.